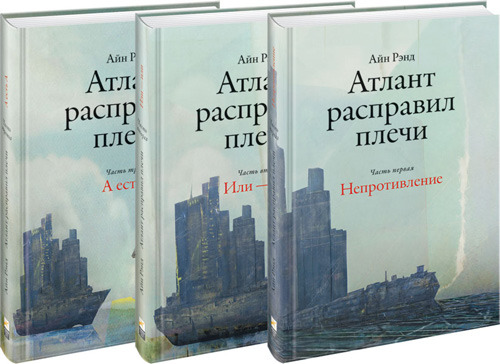 From the publisher:
Born in Russia, Ayn Rand became one of the most prominent American writers known worldwide. Her books are admired, disputed and worshipped. Rand's most famous novel, Atlas Shrugged, was second only to the Bible by the number of copies sold in America! The main idea of the book is the principle of free will, rationality and "morality of reasonable selfishness." They say that during the Vietnam War, Ayn Rand's texts were dropped from helicopters as propaganda. Once, Ronald Reagan himself knelt down before Ayn Rand, recognizing her great talent. In 2005, the 35th reissue of the book was published in the United States. This book is outside traditional literary categories. Serious literature lives long, bestsellers are short-lived. But Atlas Shrugged is the bestseller that will remain for centuries!