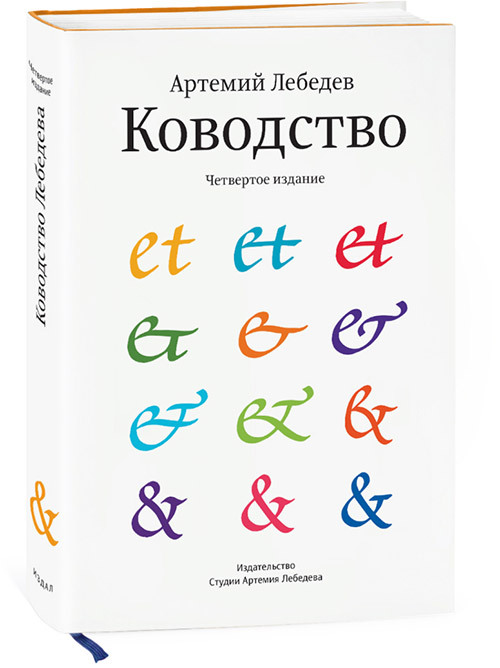 The fourth edition sees the addition of new paragraphs and a refreshed layout.

In 1997 Artemy Lebedev started to write chapters for a future book on design and post them on the studio's website. In 2006 the first paper edition of the book was published with the second edition following in two years. In 2011 the third edition came out and two years later—the fourth.

Mandership, a reflection of author's beliefs and personal opinions, is devoted to design as a way of life and thought. Contrary to popular opinion, a designer does not merely move the mouse on the table, he lives for his profession creating order out of chaos. He controls the minds and creates the mood.